For our exam before Christmas 2016, we got a task about making design for a festival and we could chose which kind of festival we wanted.

I decided I wanted to make design for a cat festival. The content in the program is a lot about cats as a internet phenomenon, but also as an animal we love and how we treat it.
The main target group for this festival is families with older children (around 8-19 years).
Even though people in all ages watch cats on the internet, the younger generation are often more into an experienced with the internet and social media. Also other cat-lovers are a part of the second target group.

The festival is called MJAU, which means Meow in english. It is a short, but easy name to remember, so that people can remember the festival easier and suits the concept since it’s about cats

The festival would’ve been supposed to include fan meetings with celeb cats, lectures and discussions about cats.

The logo and the rest of the concept is based on being simple, but playful through the use of illustration and colours. The cat is only the cathead in the logo, but in connection with other events during the festival, it’s possible to different accessories and other items to the icon, so it can describe the happening or other information.

Beside the logo, I made a poster, festival program, wristbands and also t-shirt design: 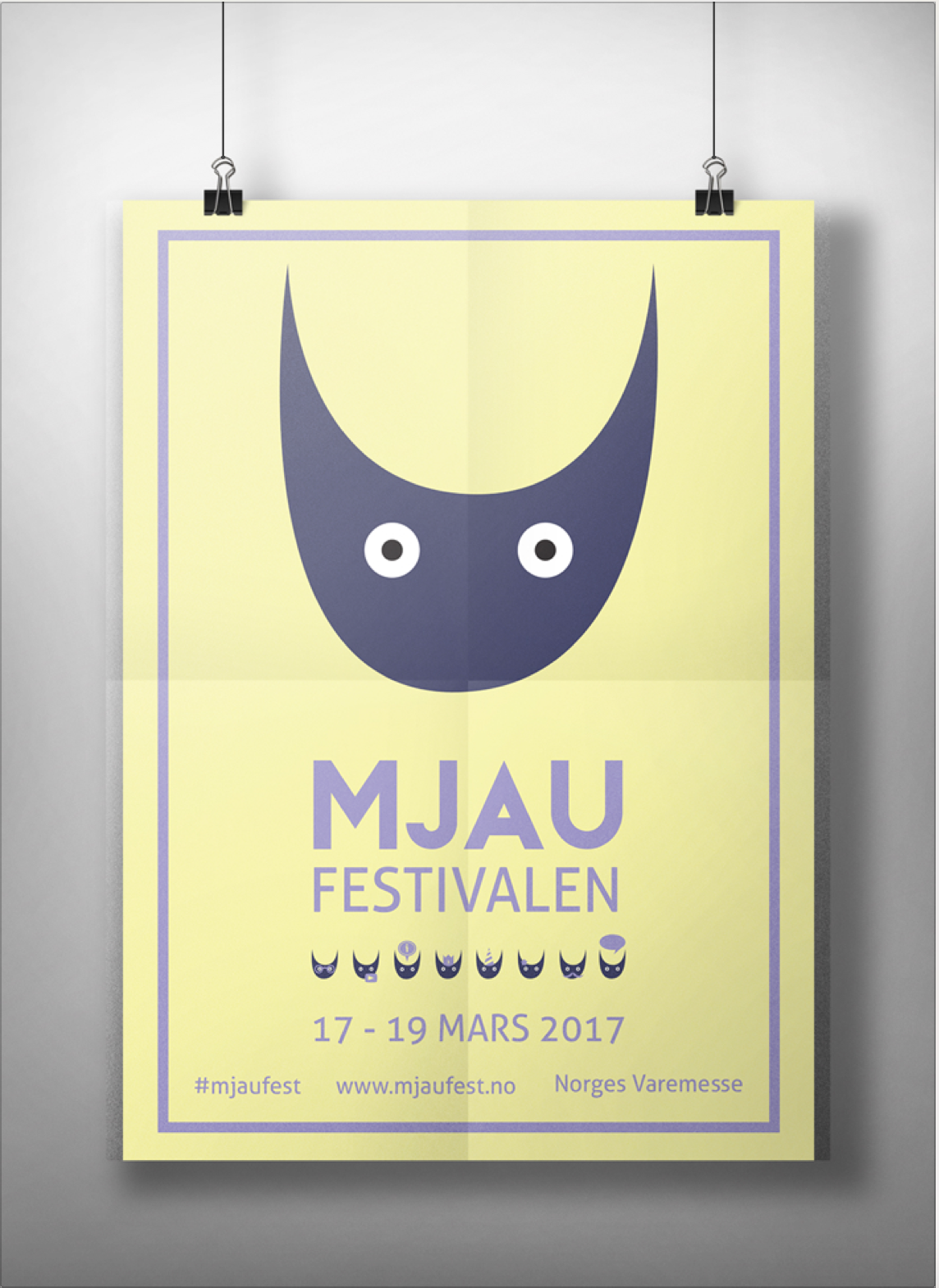 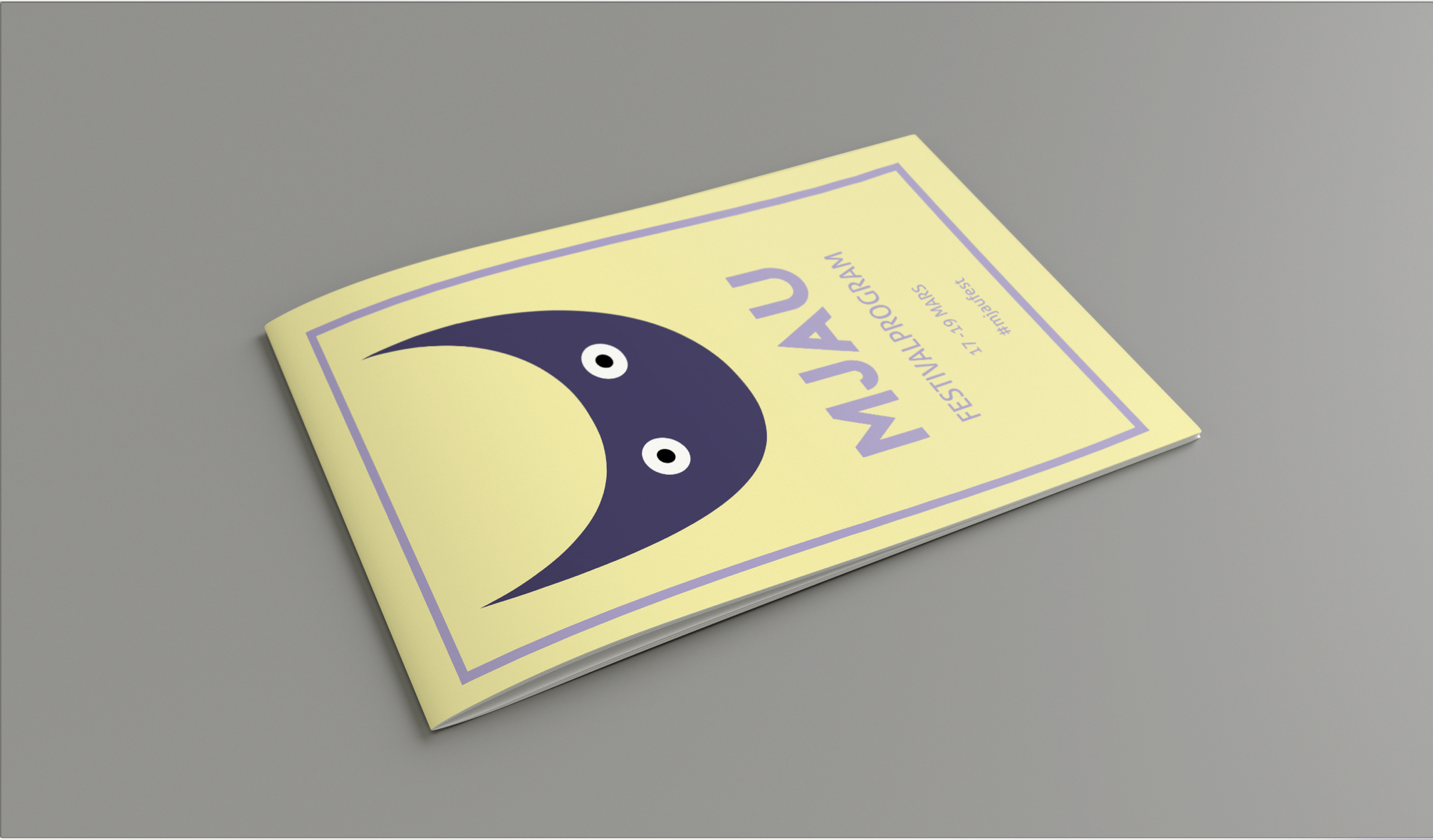 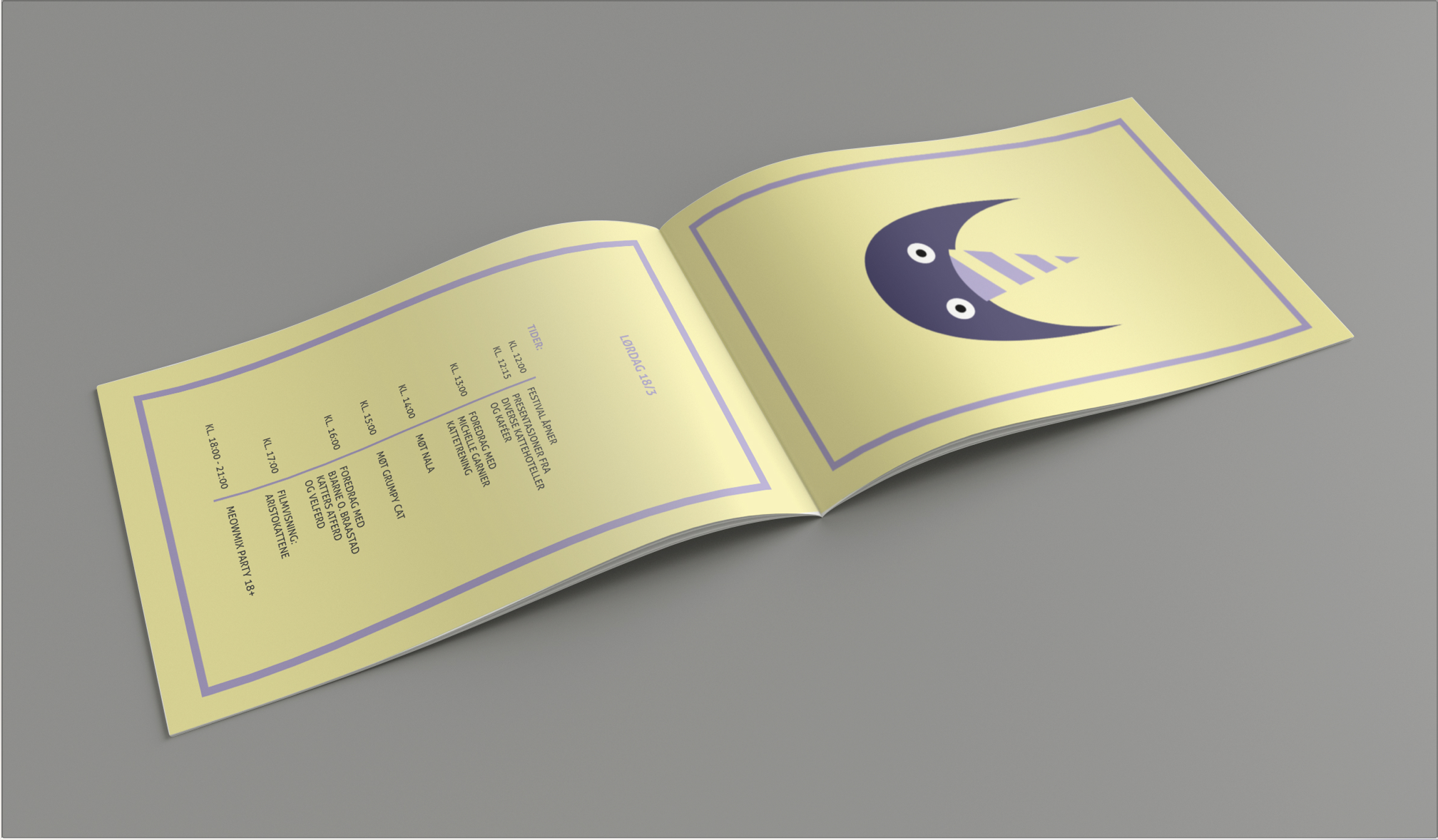 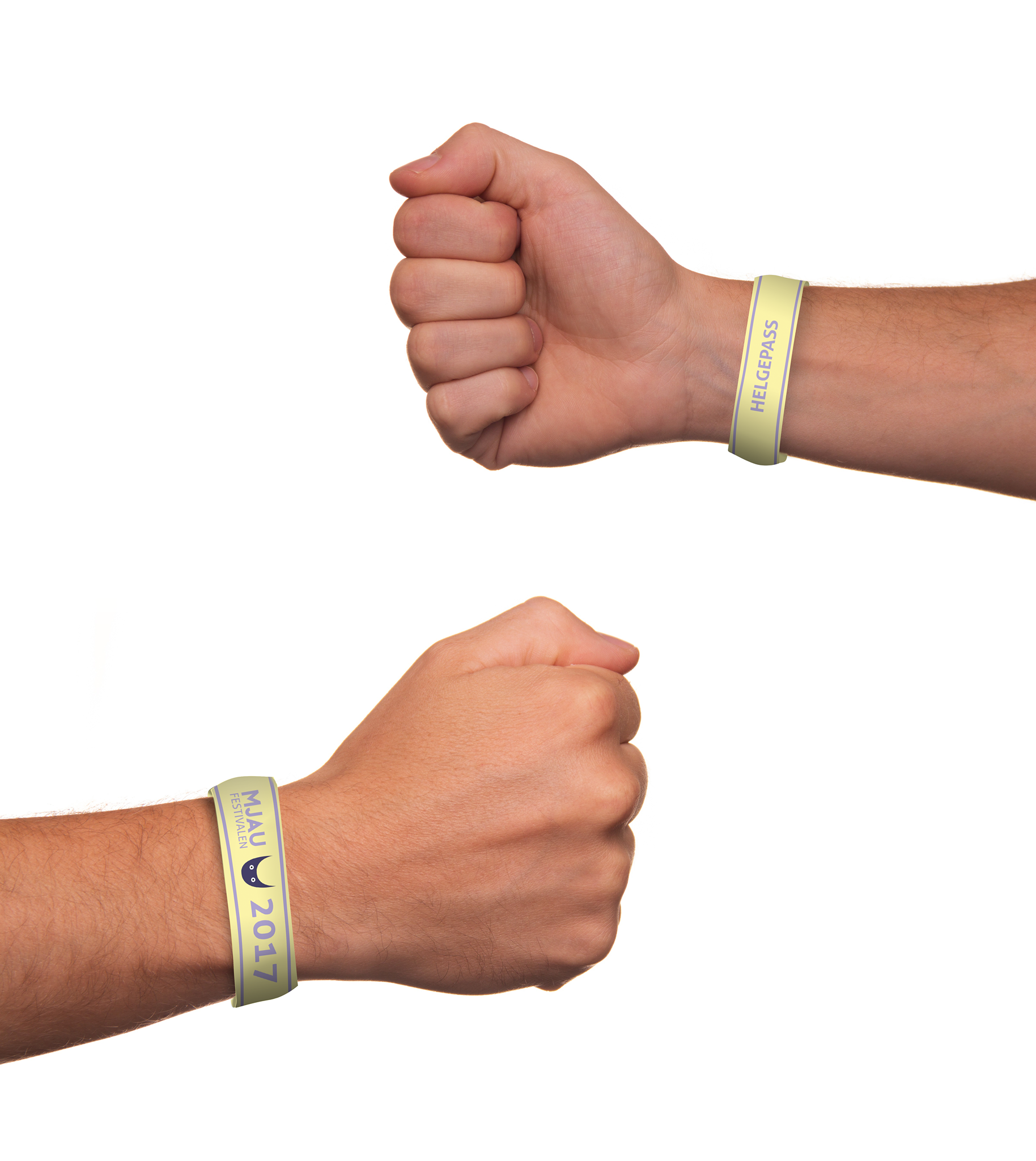 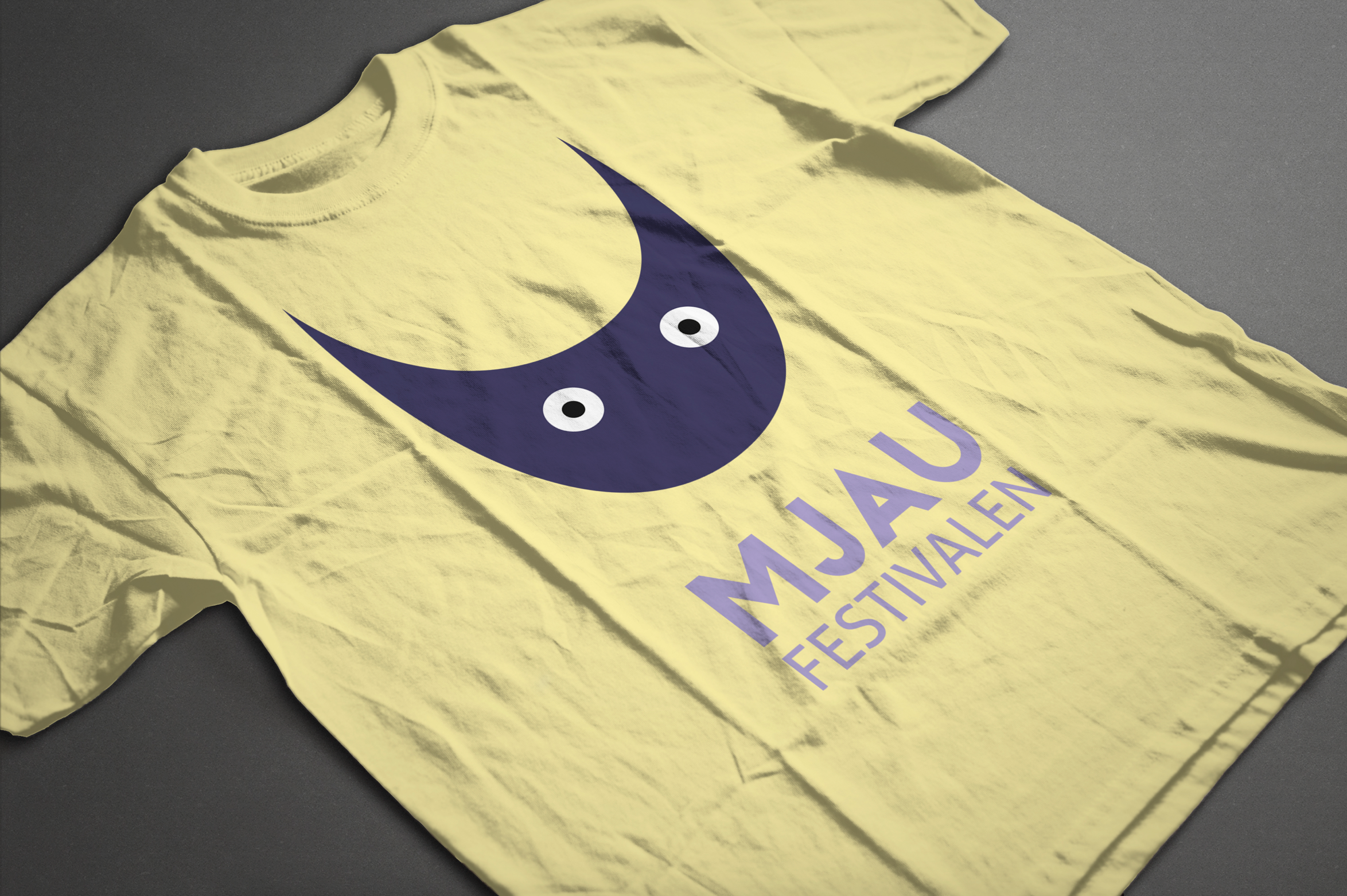